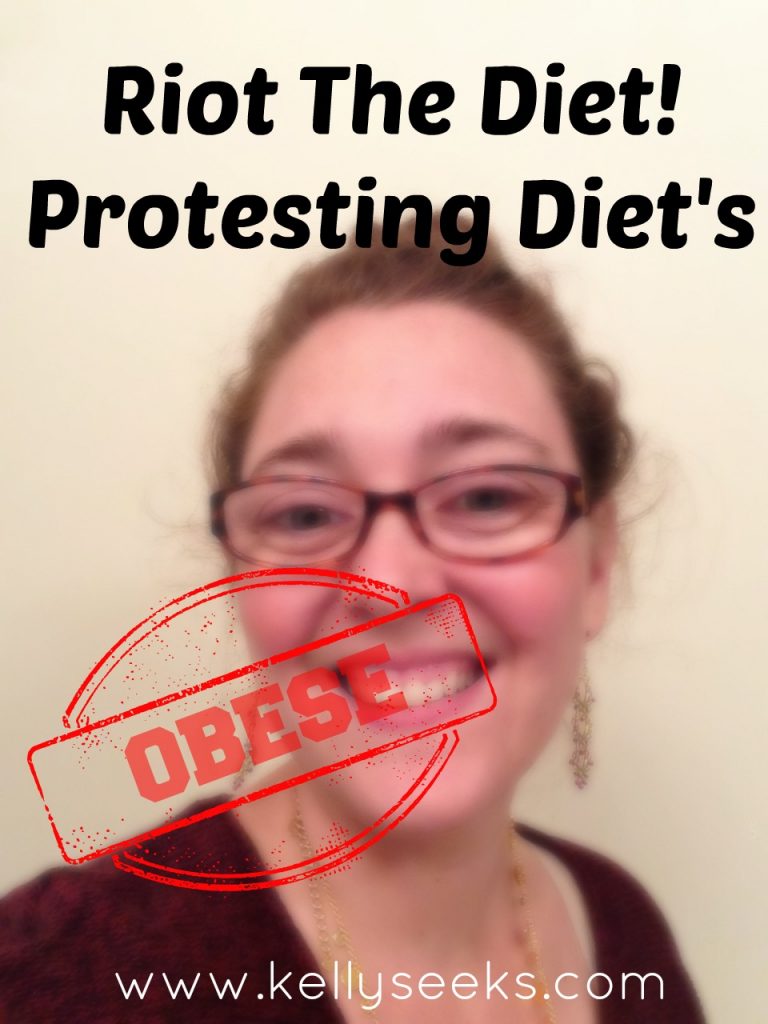 I’ve tried them all at the drop of a hat; South Beach, Atkins, Jenny Craig, Paleo and more. I’m still 40 pounds over weight. I still have no energy and with every new medical diagnosis I get, I also hear my weight is an issue. The magical treatment doctors prescribe to me? A freakin diet. Diet’s suck. You think if it was as simple as not eating I’d would have already tried it! But no, let’s not actually try and see if anything is medically wrong with me. Let’s just blame it all on my weight. So thank you American society for making ” more than 2 in 3 adults are considered to be overweight or obese,” according to The National Institute of Diabetes and Digestive and Kidney Diseases. Now the only thing doctors see is a fat me instead of a sick me. Diets have become the bane of my existence and I finally made the decision to stop defining myself by what diet I’m or or which one I have tried. I stand here in protest “Riot the Diet!”.

According to the National Institutes of Health, I am not just overweight, I am obese! Their BMI (body mass index) calculator puts me literally on the verge of obesity. Technically, it says I’m overweight at 29.9. The obesity range starts at 30. So what did we learn in elementary school about rounding up? Oh, yea. What did we learn as women when dressing ourselves? Don’t put big patterns on big spaces so we end up looking like grandma’s couch. Furthermore, while skinny Suzie gets to shop couture;  larger women get shamed into shopping at separate stores and buying from Omar the tent maker. But look at me. Do I look obese (it’s a rhetorical question. No need to answer if it’t not no)? 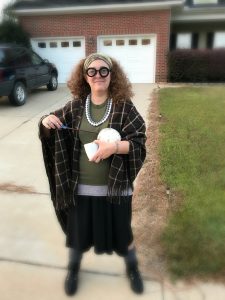 I’m not what you think of as obese. I’m fat, yea. But obese? I think whoever sets those damn ranges needs to check their eye sight. So the so called “unarguable” solution to my fatness regardless if I am actually suffering from an illness? Is still diet and exercise. Sounds easy enough, right? It’s incredibly simple. Let’s see:

Step 1: Cut out “bad foods”.
According to dietdoctor.com, these are the top foods to ignore when trying to lose weight.
Step 2: Replace entire pantry and fridge
Step 3: Starve
“The National Association of Anorexia Nervosa and Associated Disorders states that approximately eight million people in the U.S. have anorexia nervosa, bulimia, and related eating disorders. Eight million people represents about three percent (3%) of the total population.”

So to give you a mental picture I have a little over 300 friends on Facebook. 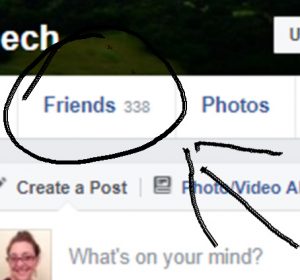 That means at least 3 of those friends have an eating disorder. As I sit looking at all those profile pictures I wonder who it could be?
I can tell you it’s not me. Am I happy with my body. Hell no! You think I don’t try to lose weight? <—- That line of thinking right there is what upsets me. That line of thinking right there depresses me. All these people sit there and look at me and judge me. I know they think I’m lazy. I know they think I don’t try. However, they are dead wrong.

Every time I see a doctor the first thing they mention is my weight. They tell me to work out more, yoga, less sleep,  sleep more, and yada yada yada. Which my response was “you paying for the baby sitter?”. Let’s get real people. Unless you have a surplus of cash to pay for a gym membership plus babysitter for 3 kids; an elliptical in the garage and old fan will have to work. However, that doesn’t even work for me. Working out five times a week for 45 plus minutes at a time was not only useless but also a health hazard for me.

Remember me talking earlier about doctor’s not looking at me for illnesses and just chalking up my fatness to laziness? Well, come to find out I have a few diseases which hinder weight loss and more. Wait a minute; you mean I am not actually fat because I’m a bon bon eating house wife as you assume? Hmm, maybe diet and exercise isn’t the magical answer for everyone.

So what have we learned? Don’t assume you know someones health and mental status. Weight loss can be a vicious cycle in someones life. If you try to lose weight the right way and are unsuccessful you often become depressed about the fact that you try hard, stick to strict diet and exercise routines and you don’t lose a inch or a pound. Furthermore, having this mindset makes is difficult to keep on going and trying, which can lead to more weight gain.  So the truth? Diet’s don’t work for everyone. I’m fat for a medical reason that I can not control or help. So I’m rioting the diet.
dietdiets suckdoctorsexercisefatfat peoplehealth issuesobesityoverweightriotriotsshamefulskinny peoplesocietythyroid issues
By KellySeeksJuly 2, 2017Posts, The Everyday4 Comments on Riot The Diet! Protesting Diet’s