Have you ever watched a thunderstorm roll in at night? At first, the sky is clear. There might be a few spotty clouds and stars. Oh, the stars! Everything related to parenting is picturesque in the beginning. However, far off in the distance you hear the thunder and see flashes of light that come so quickly you wonder if they were there at all. However, as the minutes pass you realize that not everything is as ideal as it seems. For in between the lighting you don’t see the massive storm formation about to erupt.

More minutes pass and the cloud cover thickens into a chowder like consistency banishing the stars from sight. The once questionable flashes of light have now materialized into an epic night fireworks show. Nevertheless, in between the flashes,  there is darkness so thick you aren’t able to see your hand in front of your face. But the pitch black is fighting as you know only to expect and prepare for what you can see. 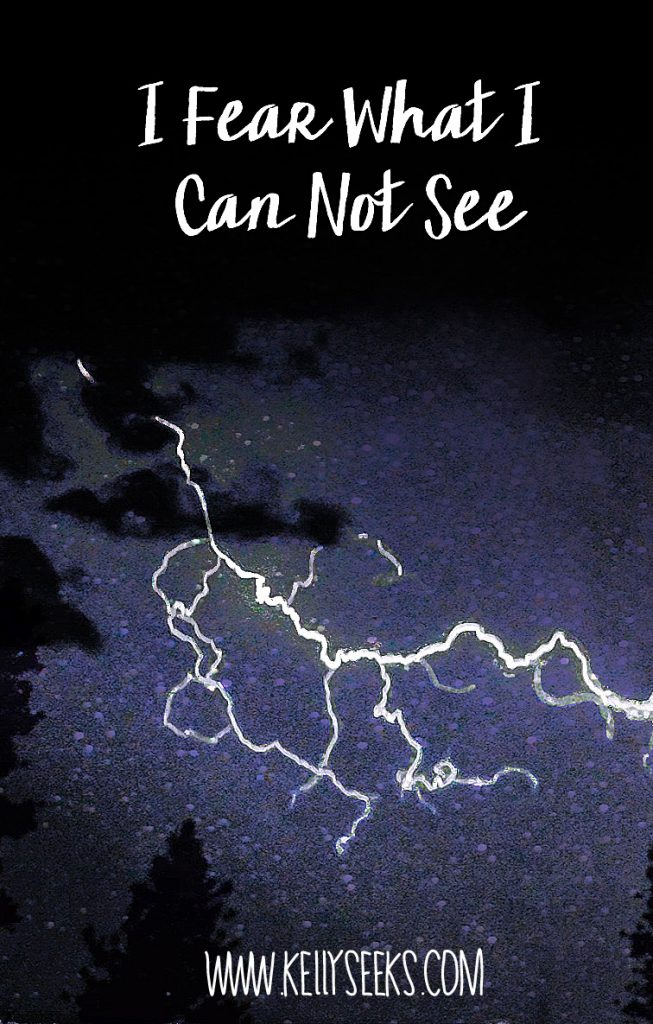 I think parenting is like that. At first, everything seemed perfect and went according to every baby book I studied.  I felt prepared for the worst and thought I could handle anything. However, as time moved on I realized there was much more to parenting than the moments that happen right in front of me. I realized in between the flashes of the present, there will be a future. The future is what scared me. No amount of batteries, storm radio or candles could be bright enough for me to see the impending storm.

I never planned on being a stay at home mom. What I know now as Adult ADD, is what was driving me to go back to work after my maternity leave was up. Spending a solidarity life at home could not keep my attention long enough and I have ended up being a sucky housewife. What I knew was from the time we had our first child to the time the youngest entered school, my role as a stay at home mom would be the same. That wasn’t plan A. Nor B or C. I can’t even tell you what version of plan we are on. I can’t even tell you if this current plan even worked. However, I can tell you the “storm” in the distance is on my doorstep and all I can see is the darkness between the flashes. For the role I played the last nine years will be changing this August when my youngest starts school. So, here I am strategizing again plans A-Z of what the next stage in life holds for me.

Growing up I was always told I could be whatever I wanted. Then I realized I needed to be good at math to be a veterinarian so that dream went out the window. At least I’m a realist! Like most teenagers I had ideals of loving what ever career I choose. Issue was I was hearing from most adults they hated their jobs. I kept reading about people who were depressed and would rather be homeless than work for “that” company one more day. I did not want to be that person. One day while attending a general education requirement for a Associates degree, I realized what I wanted to do. After hard work and perseverance, I graduated college in three years. I put my degree to good use before I became a mother. However, that was nine years ago. I know my skills are outdated, my portfolio has old samples and my knowledge of the world is limited to what I watch on the Disney Channel.

So between now and then (when ever that is) I feel like I basically have to start over and figure out “what do I want to be when I grow up”. I mean, if I have to start over, do I do it with a clean slate? Or do I brush up on my old skills? There are too many question to be answered in one post or maybe even in one year. So follow me, while I figure out what I want to be when I grow up.