Why Should I Play IOS Apps With Your Spouse?

You’re probably asking yourself “why would I want to play games with him on the phone? I’m always yelling at him to get off it.”

Listen up here ya’ll- I’ma gonna tell you why I play IOS apps with him. Then maybe it will make a little more sense why you should.

I’ve been married to this dude for like a billion years. We have been through a lot. There have been fights and hug-it-outs. We have had deployments and work forced separations. Therefore, any time together is special to us. We are good at being homebodies. We actually enjoy each other and rarely go out without the other. Sad and sappy I know.

Maybe my husband is like yours and even when he is home from work; he isn’t off work. His phone sounds like your in the front row at a Blink 182 concert. He is constantly on it for work and when he isn’t on it for work he is “winding down from work” by playing one of the bizillion games he has on there. He plays them so much he was even asked by developers to beta test new games! So anytime he gives me a look about me being on my phone; he can shove it. He doesn’t have a leg to stand on. 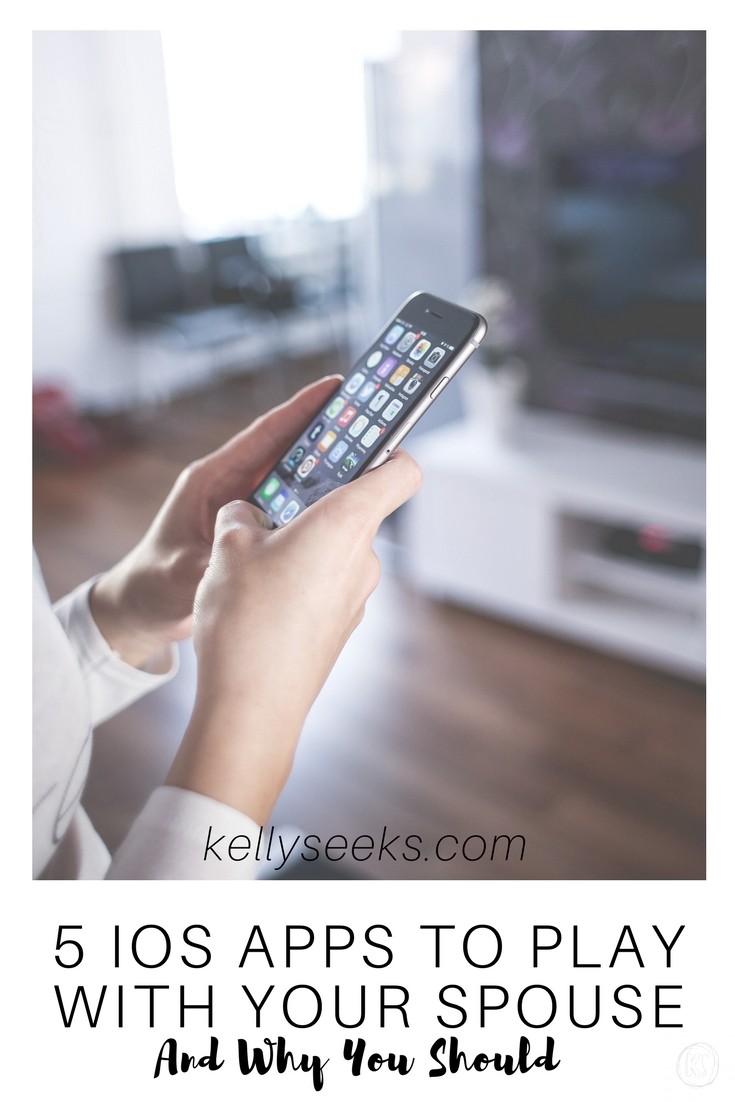 However, all the times we spend on our phones caused some resentment and jealousy. I get his job is important and stressful. But so am I. There has to be a line.

Eventually, his “winding down for work” grew longer and longer. I got more and more irritated. Finally, I lost it. I yelled and screamed and acted like a two year old. Did things change? Nope. I realized I needed to come up with another approach to “bond” with him. So if you can’t beat em’; join em’.

I asked him what a few of his most beloved games where and I started playing them too. However, this only works on the games you can interact on, play teams on or play against.

There is of course a million (I’m probably not kidding) apps you can find to suit your fancy. Here are a few of our favorite IOS apps:

5 Apps To Play With Your Husband

Now I’m not saying he ignores me and doesn’t want to spend time with me. Like him, I need time to decompress too. Most of those times I don’t want anyone pulling on me or asking me questions (like the one I just got asked about dinner). I need brainless time. But it’s pretty awesome to know that brainless time can include my husband and us romantically burning down someone’s castle together.

androidapplicationsappsbondfungameshusbandiosmarriagerelax
By KellySeeksMarch 25, 2018The EverydayLeave a Comment on 5 IOS Apps To Play Together To Play With Your Spouse